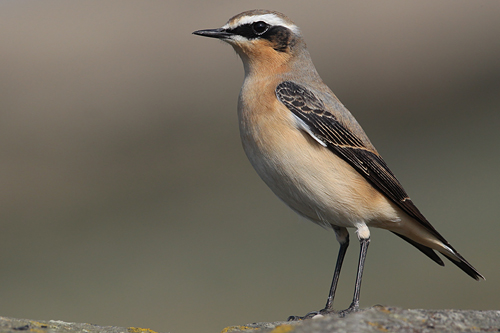 Distribution, Abundance, and Habitat The Northern Wheatear is primarily known as a very rare migrant through Manitoba, with most records coming from the Hudson Bay coast near Churchill. During the atlas period there were two observations in the vicinity of Churchill (Koes and Taylor 2010b, 2011). Neither bird lingered for more than one day and both were considered migrants, not possible breeders. There is one breeding record for the province, at Fort Prince of Wales, Churchill in 2006. Adults were seen carrying food to begging young in a stone wall, but the final outcome is unknown (Hannah and Hannah 2006). Throughout its range, the Northern Wheatear nests primarily in open terrain, using rocky areas, boulder piles, and building ruins, while rabbit burrows are preferred in parts of Western Europe.